It's the Holiday Season

We made our annual pilgrimage to the Bass Pro Shops Wednesday night to get a visit with Jolly old St. Nick.  Barrett was 100% convinced we were at the North Pole and it was perfect. 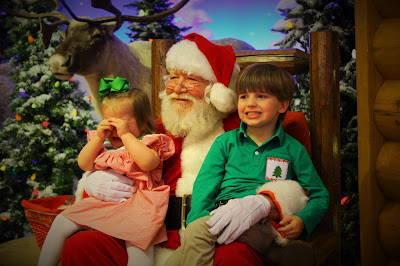 In the past there have been horror stories of lines hours long but we didn't wait long at all.  Barrett was so excited.  He has cried every year but this year he kept telling us he was going to be a big boy and he definitely delivered.  AveryAnn cried last year so I felt like she'd do the same this year.  Boy was I right.  She put on a show.  I'm probably not a very good mom because these pictures are some of my favorites. 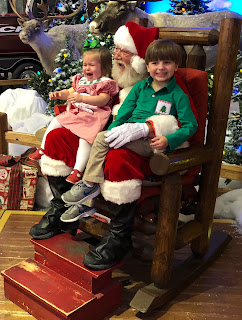 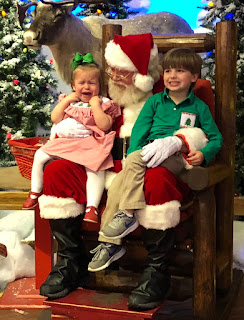 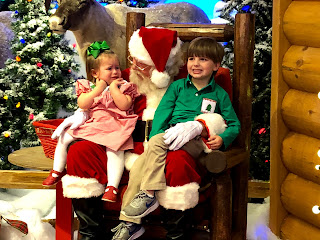 These with her hands up by her face are my favorites. 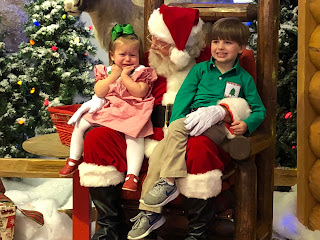 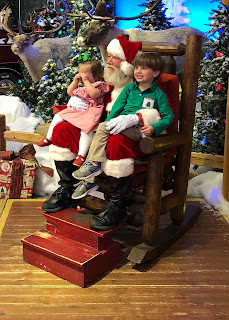 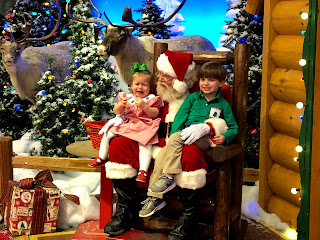 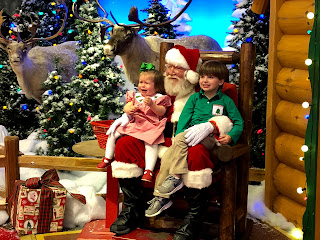 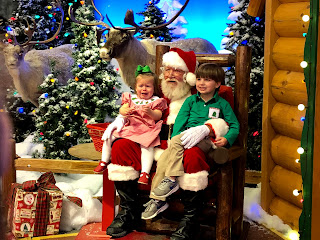 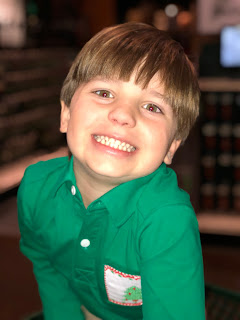 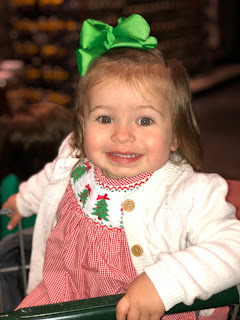 She was all smiles while we waited in line.  I want Barrett to stay this age forever.  It is so sweet.  We walked out of the store and he asked where the reindeer were.  He totally believes all the magic this year and it is so special.  Mr. Elf came back and he's all into that this year too.   It was a really fun family night.  We're really trying to enjoy the holiday season this year.  I want to make it special without overwhelming myself and also still focusing on the real reason for the season.

I kicked the weekend off a little early and met my "squad" for Mexican and margaritas Tuesday night.  I feel like the whole month of November was a chaotic blur.  Our routines were so off between my surgery, not being able to work out, and Barrett being sick.  The chaos was getting to me and I needed a night away.  Brittany sent a text to the group and everyone replied within seconds with praise hands and I knew it was going to be a fun night.  We had a good night and closed the place down.  I'm so thankful for these girls and their friendship.  We have done a lot of laughing over the years and I hope we're still needing margaritas before holidays when we're 50! 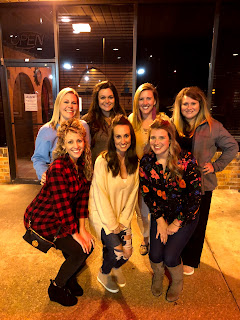 The kids and I worked Monday, Tuesday and Wednesday.  Thursday morning we got up and watched the parade.  Barrett and Patrick weren't all that excited but AveryAnn and I enjoyed it! 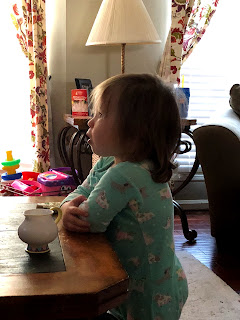 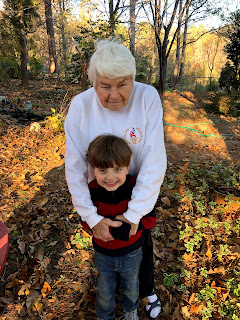 After the parade we headed to my Grandmother's for lunch.  It was such a nice day, after we ate we sat outside and watched the kids play.  I love this picture of Barrett and my Grandmother. 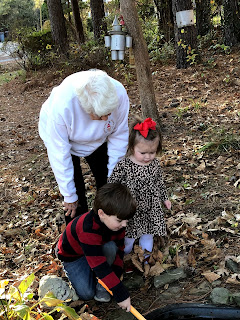 She has this little pond in her yard and the kids loved playing in it.  I'm shocked AveryAnn didn't end up in it. 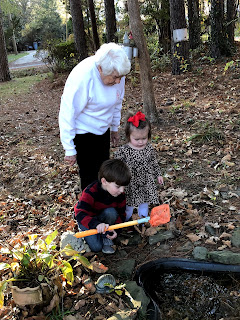 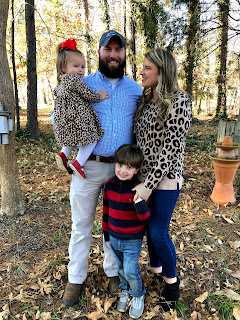 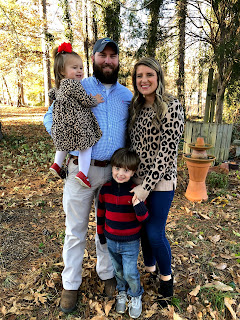 Love these people so much! 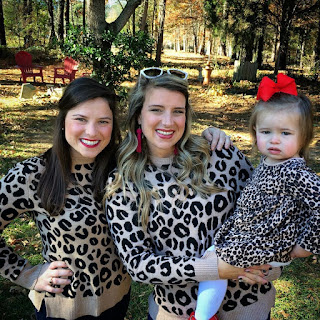 My sister and I decided to match in our leopard sweaters.  So I threw AveryAnn's leopard dress on to complete the trio. 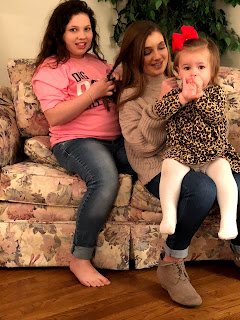 AveryAnn was excited to see her cousins at Patrick's parents house.  They are mostly older and Barrett and AveryAnn both just love them. 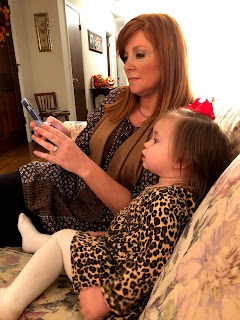 She was very interested in Aunt Allison's video of Ashlyn cheering. 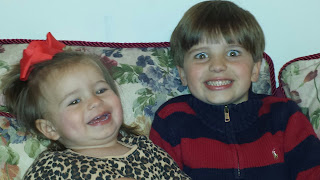 These two look so big here. 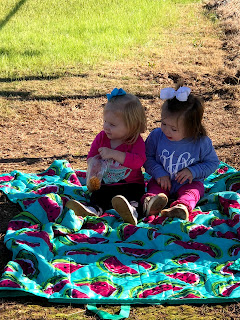 Friday was our annual kickball game.  We had to change locations this year since my brother moved.  We all met at our house and had chili and then went over to the ballpark to play. 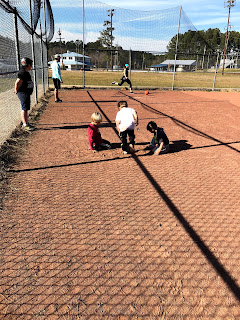 The boys mostly just played in the dirt. 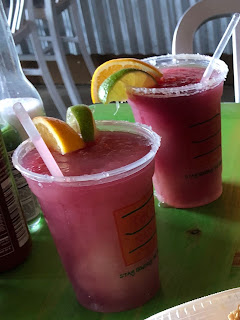 Saturday morning Brittany and I ran some errands together which turned into lunch at Taco Mama.  When I saw the sangarita on the menu I knew I had to try one, even if it was only 11:00 am.  It was gameday. 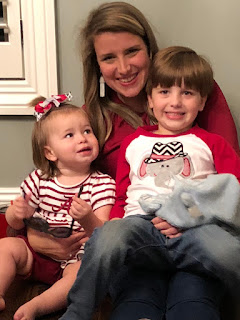 The kids and I headed to Matt and Jennifer's house to watch the Iron Bowl.  Patrick was supposed to go with us but he decided he didn't want to be the only Auburn fan.  Turns out we were pretty glad he stayed home.  We had a good time despite the game not going our way. 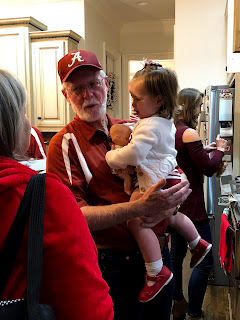 AveryAnn loved all the attention.  They were the only kids there and did so good. 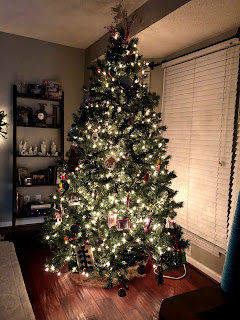 Now we're in full on Christmas mode.  We've got our tree up and are trying to soak in the holiday season!  It's such a special time of year, especially with kids.  Barrett is al into this year and it's so much fun!