When Garth Brooks announced he was going back on tour this year Patrick and I immediately started talking about going.  I didn't think he would come to Birmingham but hoped he would come close.  Well the second city he announced was Atlanta.  We knew we had to go!  We didn't get tickets the day they went on sale so we started to lose hope.  Well I was randomly checking a ticket site and there were some available so we snatched them up.  Our friends Tony and Carla went with us and we had a so much fun!  We got a hotel room for the night so we wouldn't have to worry about driving back.  The drive over seemed to take forever, I think it was because we were all so excited.  We narrowly avoided a head on collision, Tony quickly realized we were going the wrong way down and turned down a side street but it was scary for a second.  We finally arrived at the hotel just in time for check-in.  Funny story:  Friday, Patrick asked me if I was going to be taking an overnight bag.  I wish you could have seen the look I gave him.  It's like he doesn't know me at all.  I take an overnight bag when I go somewhere for the day.  Needless to say I packed an overnight bag. 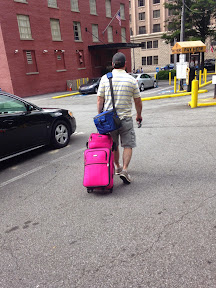 Love is dragging a pink suitcase when you're married to an overpacker!

We got ready and headed to dinner. 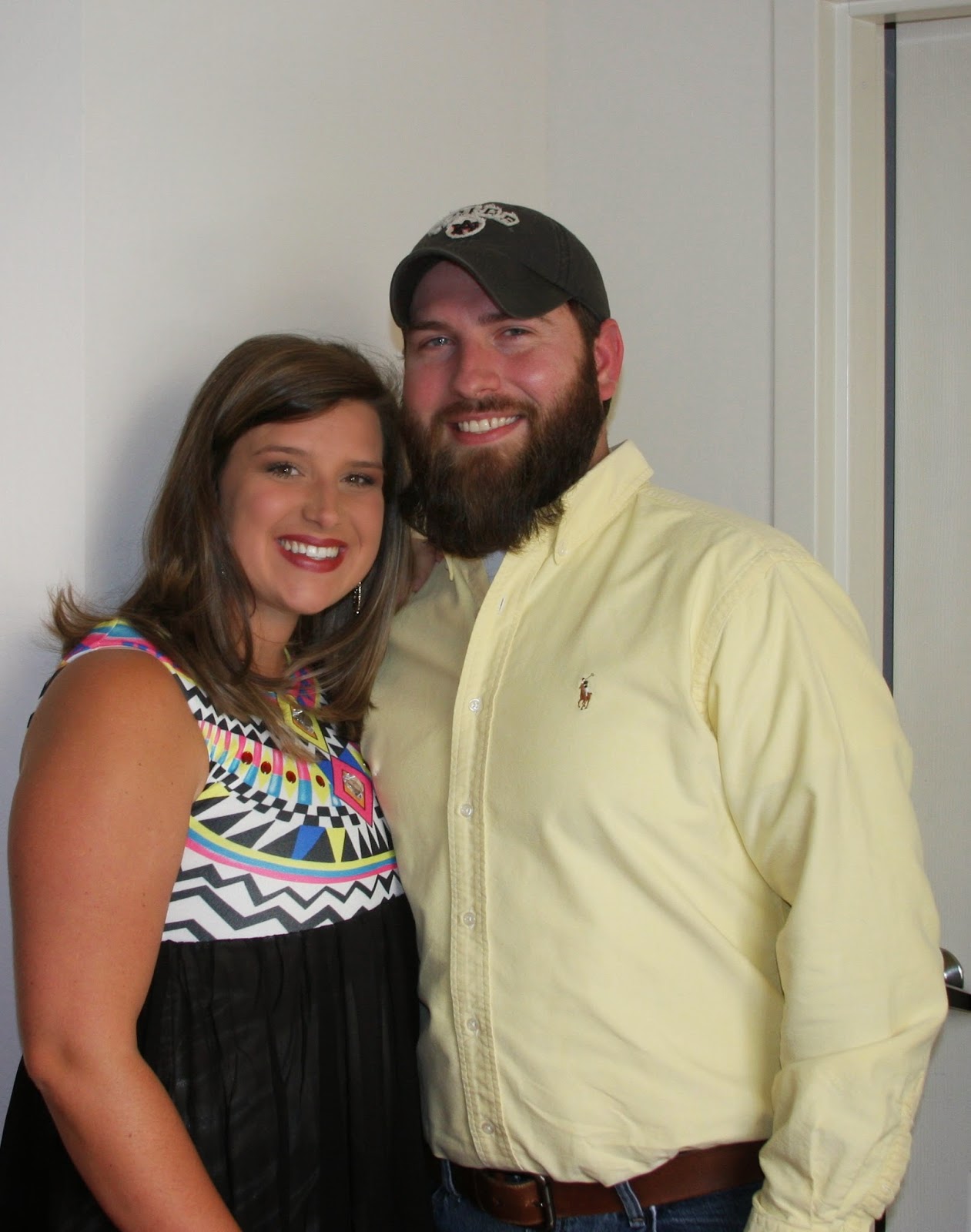 A few pictures before dinner. 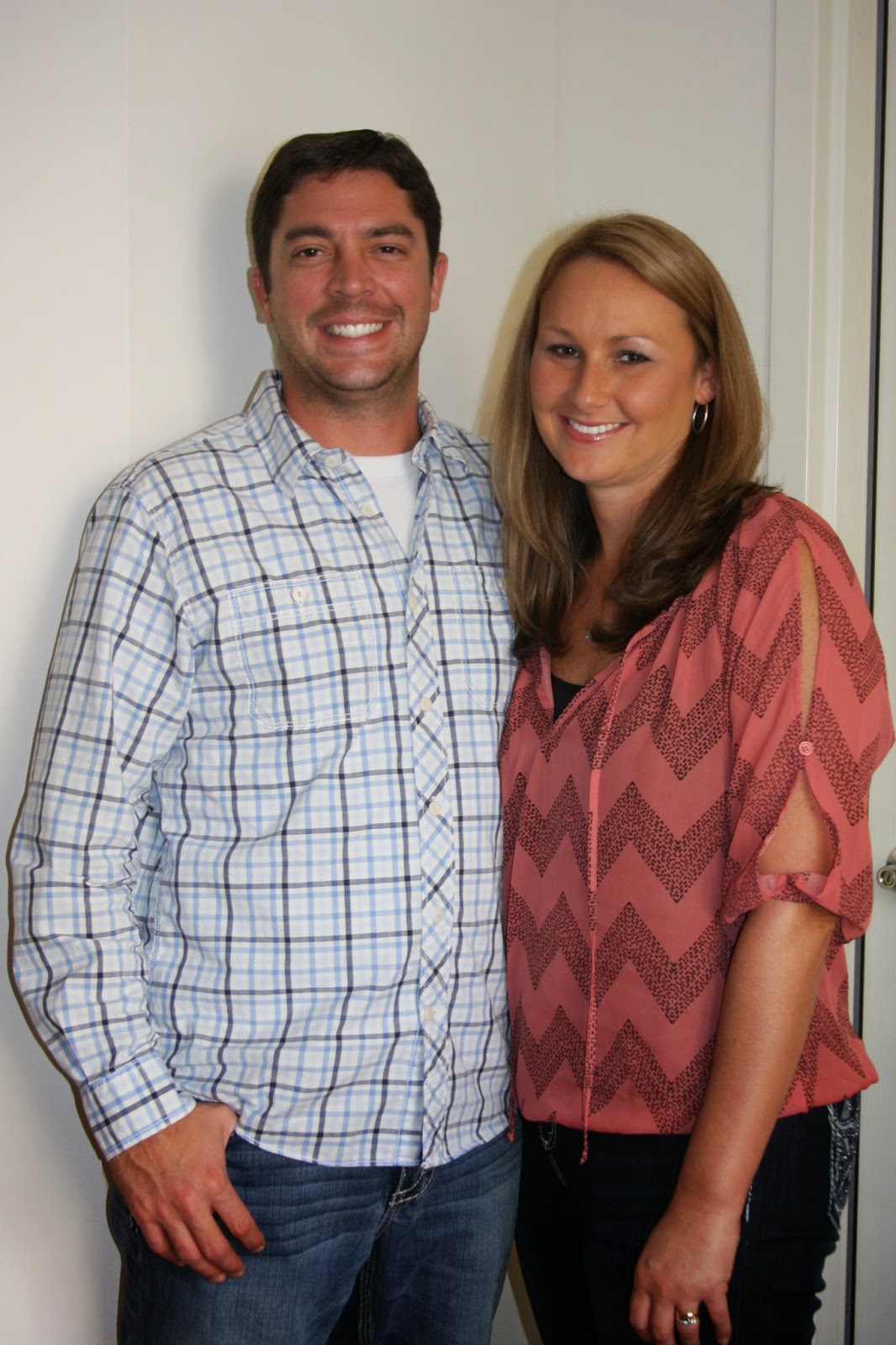 We went to dinner at the first place we came to. Ted's Montana Grill.  We used to have one in Birmingham but it closed.  (Patrick and I had eaten there before but I spent most of the meal trying to remind him.  He is convinced I went with someone else.)  After dinner we had time to kill before the show so we decided to ride the Ferris wheel to get a good look at the hip hop festival.  It was such a beautiful day! 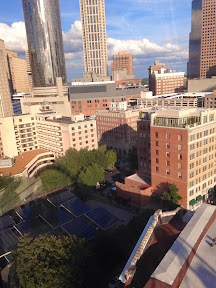 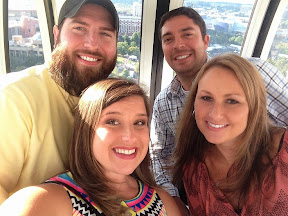 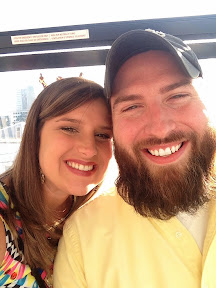 My bearded date.  He was so excited about all the compliments he got on his beard. 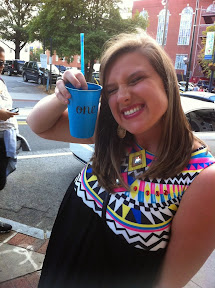 Not really sure what I was doing here but I can assure you I was having fun! 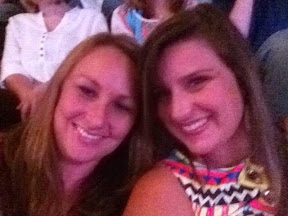 Carla and Me at the show.
I was so afraid our seats were going to be terrible.
There were definitely better seats in the house but there were worse ones too. 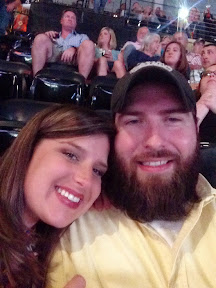 We had so much fun.  Garth was amazing!  He retired right around the time that I really started going to concerts so he was one of those people that I thought I'd never see live.  Patrick felt the same way so it was kind of surreal getting to be there.  Honestly I don't know how he does it.  I was exhausted.  Last weekend he did two shows each night.  Talk about impressive.  Trisha sang a few songs and was great too.  I didn't want it to end (except my feet were hurting and I was really tired).  My favorite part was he seemed genuinely happy and shocked that people still wanted to see him after all his time off.  I also read somewhere that he is donating everything he makes from the tour to charity.  Pretty amazing.  After the show, we went back to the hotel so I could change shoes and then we headed out in search of a late night snack.  We really wanted Hooters but we took a wrong turn somewhere and never found it. So we ended up at Waffle House.  Y'all it was packed.  We had to wait for 30 minutes for a table...at waffle house.  But it was probably the best waffle I'd ever had.  We were all barely holding our eyes open at this point so we headed back to the hotel and called it a night.  Before we knew it it was time to wake up and head home.  We had so much fun and the whole trip home we talked about all the trips we need to take together.  We always have so much fun with Tony and Carla.  I think our personalities just mesh really well.  We got home around noon and Barrett was taking a nap at my parents house, so we left him there to sleep and headed home to unload.  When I went back to get him he was so excited to see me.  It was so cute.  We missed him but we enjoyed our time away and he had a blast at my parents house with my two nieces.  We were again reminded that we're not as young as we used to be.  I took a nap Sunday afternoon and I'm still exhausted today.  It may take me a week to recover...but it was totally worth it!