Nine months old.  I know I say it every month but I just can't believe how fast this year is flying by.  I feel like you do something new every day.  You've definitely found your voice and aren't afraid to use it.  You love to laugh and it's the sweetest sound in the world. 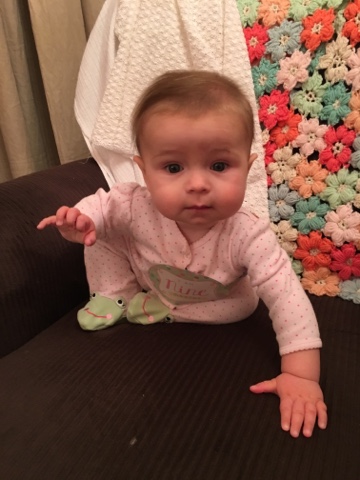 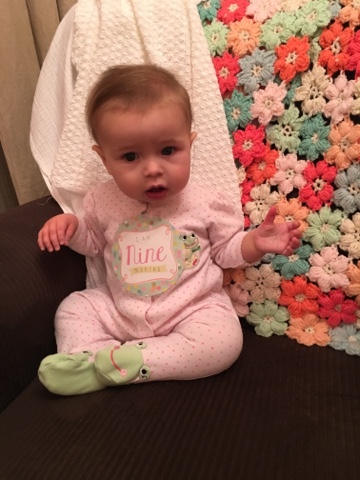 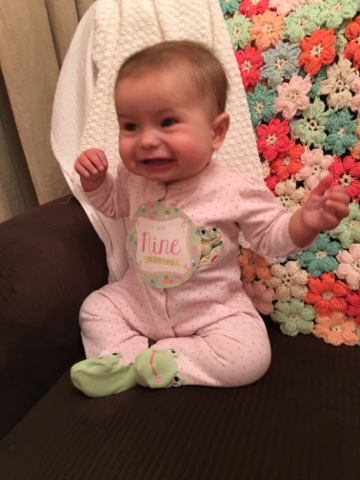 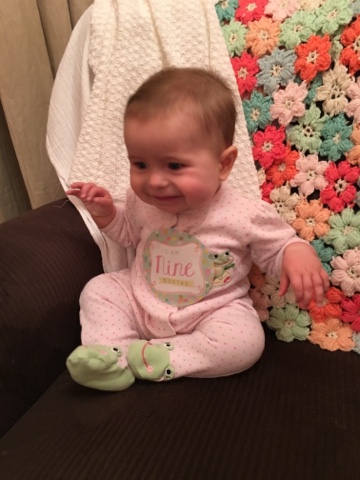 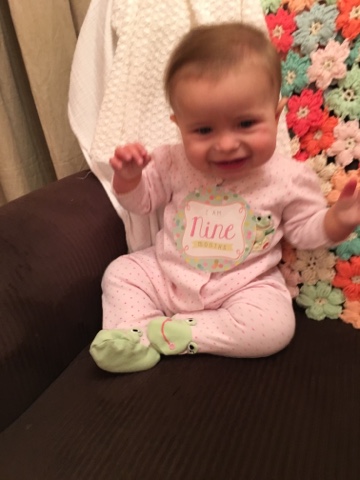 We are so excited about the holidays this year.  You and your brother just make everything more magical.  You are already so excited about the Christmas tree and all the lights.  You are the easiest baby ever.  So laid back.  You were fussy the week your two teeth came in but other than that you usually sit and entertain yourself.  You smile all the time and I can't get enough of it.  We love to take turns making you laugh and smile.  You're so smitten with your brother and he can almost always make you smile.  It's so special.  Happy nine months baby girl! We can't imagine life without you.
at 8:45 PM No comments:

AveryAnn's first Halloween is in the books.  It was my favorite one yet. 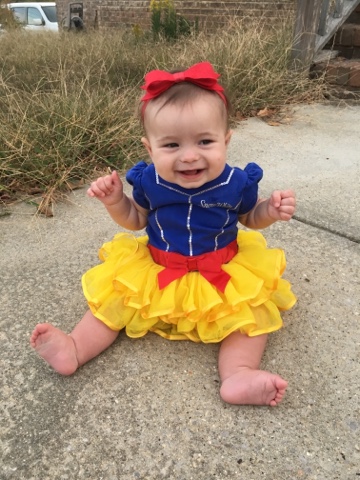 AveryAnn was Snow White.  I'd bought this little outfit for her to wear in Disney World and she never did so it became her Halloween costume.  I wanted her to be Belle and Barrett to be the Beast but he wanted no part of it. 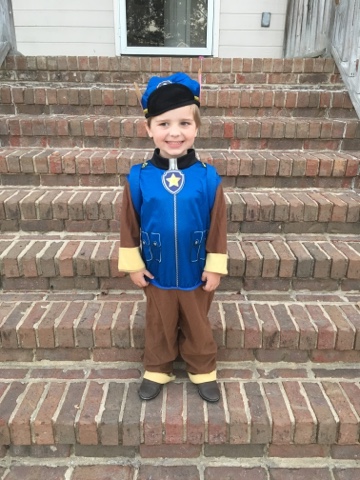 He had his heart set on Chase from Paw Patrol.  He was the cutest Chase ever.  His costume arrived Friday and he wanted to wear it every minute until Monday night.  It has a tail and he thought it was so funny to make his tail wag. 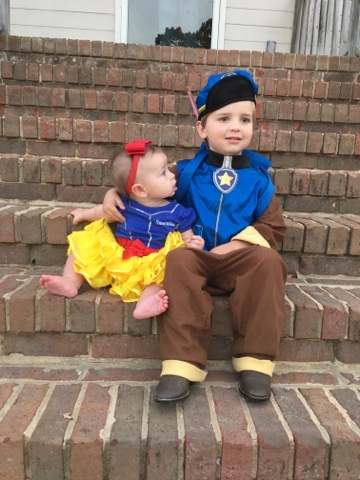 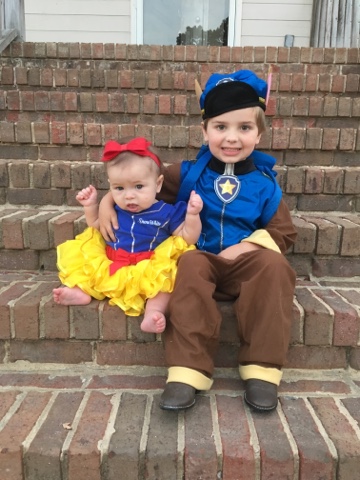 I can't get enough of these two.  They are just the sweetest. 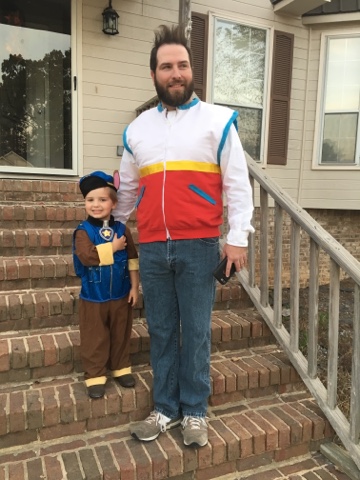 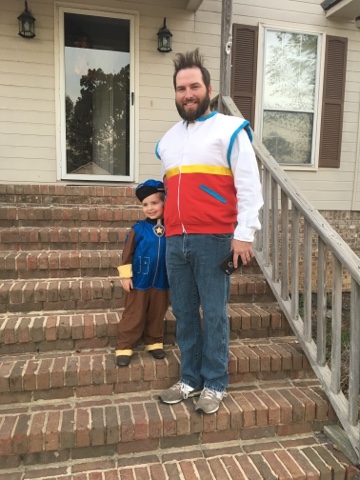 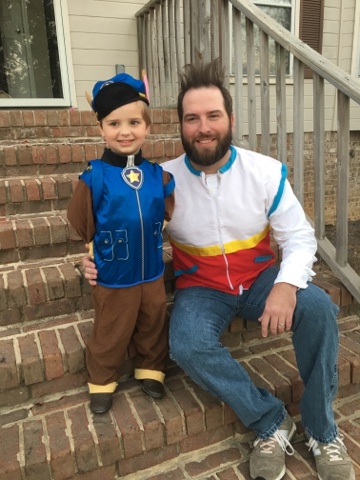 Early Monday morning Barrett woke up sick, so he had to miss school on Monday. We were so upset that he didn't get to enjoy the festivities.  We stayed home from work so if it was a bug we wouldn't expose anyone else.  We had invited some friends to trick or treat that night and they decided to come anyway.  I'm glad they did because we had so much fun.  We didn't fool with the hayride this year but the kids hit more houses than they ever have.  Barrett ran right up to every house and said "trick or treat" so proudly.  I couldn't believe the difference from last year. (Last year he refused to go to a single house).  I think 4 is going to be a fun age with him.  He's finally not so scared of everything.  I'm really looking forward to the holidays this year!