AveryAnn is 15 months old.  I can't even believe it!  She has changed so much the past few months.  She's busy and loud and adorable and we love her so very much! 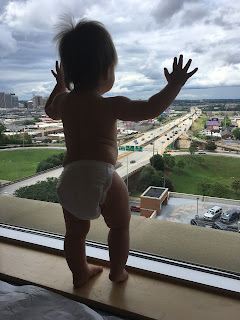 We got a great report at her check up. 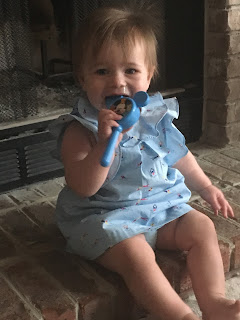 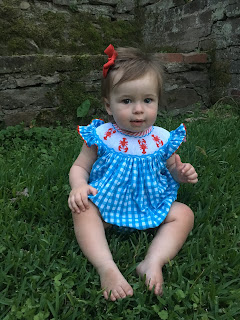 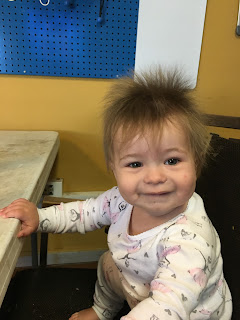 You are so sweet.  If I tell people you've been fussy they just laugh at me because that usually means you whined for just a minute and then you were over it.  You think your brother hung the moon.  I hope you always love each other.  He can make you laugh like no one else.  I love getting to be your mommy so much!  I can't believe how fast you're growing and changing. So often I find myself caught between wanting to freeze time and waiting eagerly for your next milestone.  You are such a joy!

We've had a fun week.  Patrick was on call so he worked a lot and the kids and I just got to hang out. 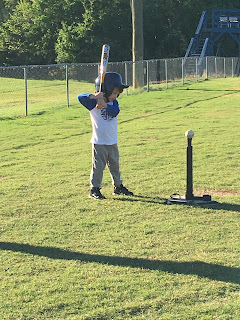 Monday was our last ragball practice.  Barrett was excited to go and did great. 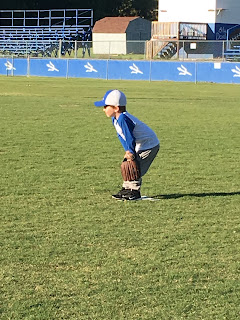 He played a little first base.  They don't really play positions in this age group but it was fun for him to start to learn a little more about the game. 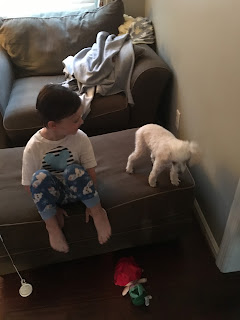 Tuesday was Ally's 9th birthday.  I'd told Barrett on Monday that Tuesday was Ally's birthday and he got so excited and said "Is Jackson coming?"  Apparently we don't celebrate a birthday without the Moore family.  Anyway, I didn't think anything else about it until we got home Tuesday afternoon and Barrett asked where was the cake.  Patrick wasn't home yet so I texted him to pick up some cupcakes.  He thought I'd lost my mind and said no.  So, Barrett called him and convinced him we needed some cake.  Patrick came home with cupcakes and a balloon.  Barrett was so excited. 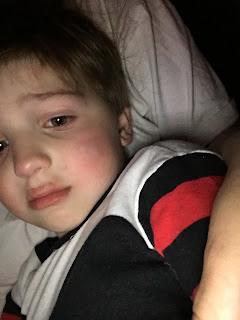 Thursday night, Patrick worked late and I let Barrett stay up to see him. Well, he was spinning in circles in our room and lost his balance and hit his face on the footboard.  He's got a nice bruise across his cheek. 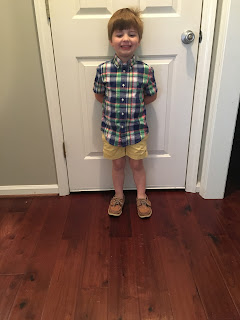 Sunday before church.  I thought Barrett looked so cute.  When we got to church Babo asked him where he got his pretty shirt and he said "my mom made it." ha! 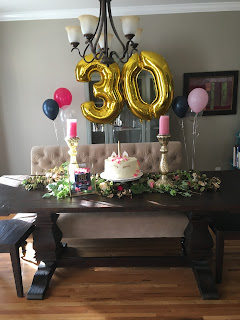 Sunday afternoon, Brittany and I were helping a friends husband throw her a surprise 30th birthday party.  It was so much fun.  We had it at their house and everything turned out so pretty. 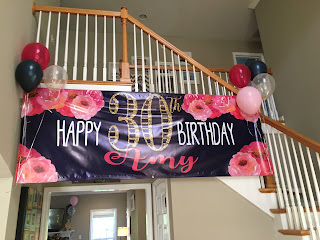 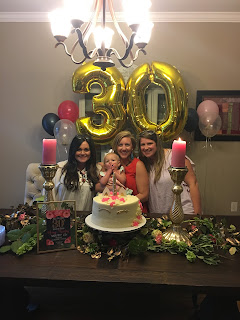 Amy loves and appreciates a good party so we went all out.  It was so much fun and the kids had the best time.  Barrett played in the yard with all his friends for hours and AveryAnn was held nearly the whole time by different people and begged for no telling how many pieces of cake.  I hope Amy wasn't too mad at us for convincing Sean to have the party at their house. 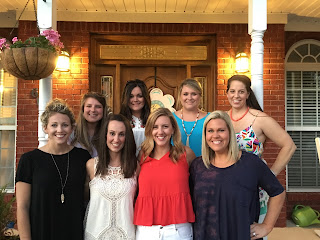 The most fun friends.  I love getting celebrate life with them. 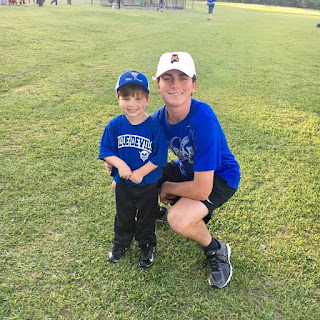 Monday, Barrett had a game and he was so excited that Tripp came to watch him.  (And Allison and Ashlyn even though he wouldn't have his picture made with them)  Plus all the usual crowd.  Barrett is rotten.  He seriously loves his "fan club" so much.  We laugh so hard at him waving and giving us a thumbs up every chance he gets.  Such a fun weekend.  We've got one more game this week and then we're done with ragball.