We are in the full swing of things over here these days. 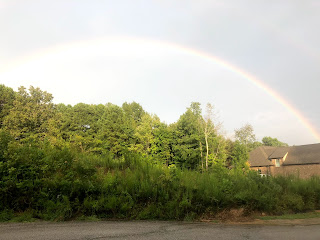 I saw this beautiful rainbow on the home from the Moore's house one afternoon. 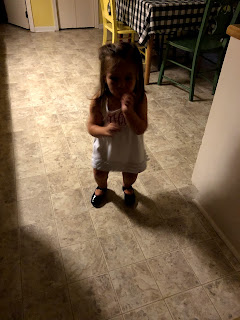 I shopped the local consignment sale and got a lot of great stuff.  Including these tap shoes for AveryAnn.  Her cousin Madelyn started dance this year and she's watched videos of her and talks about being a ballerina all the time, so I knew she would enjoy them. 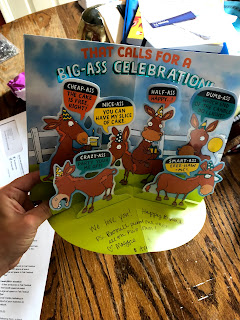 We celebrated Patrick's birthday and Barrett picked out his card and I know its wildly inappropriate but it's too funny. 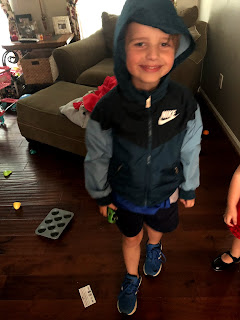 He got a windbreaker from the consignment sale and he was also very excited about it. 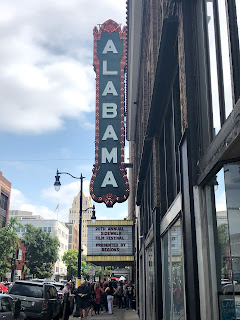 I got to catch a film and the Sidewalk Film Festival with my sister and Clay. 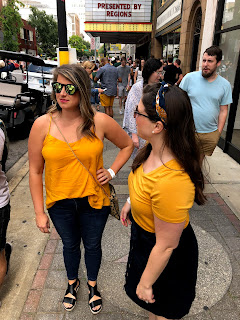 It was her 30th birthday, and I was so happy I got to spend some time with her.  We asked Clay to take our picture. 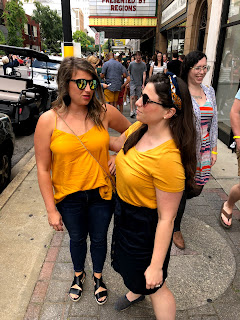 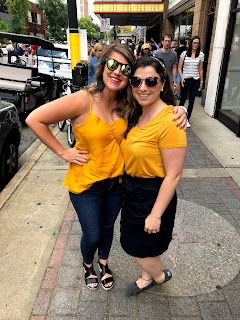 It only took a few tries.  Also we didn't plan to match.  We saw the documentary "Three Identical Strangers", it was so good. 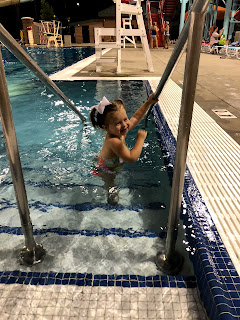 That night we had a birthday party to go to at the Cullman Aquatic Center.  It was for two boys from our baseball team.  We had the great time.  AveryAnn insisted I be right with her and Barrett played with friends the whole time. 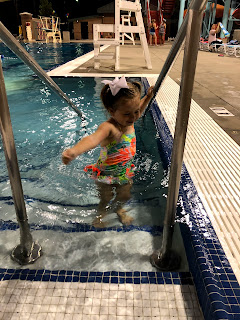 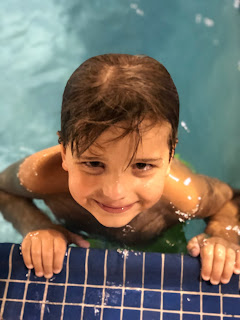 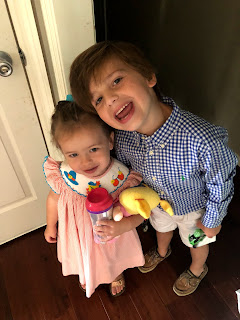 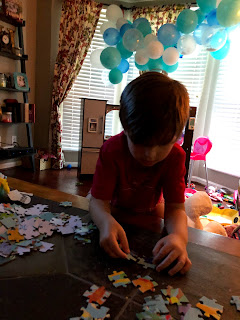 Barrett got this 300 piece puzzle for preschool graduation and we had not put it together yet. 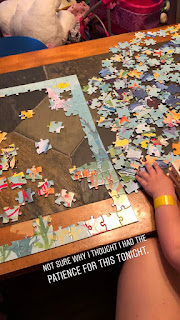 So, for whatever reason, I thought last Thursday was a good time to attempt that.  It took me a while but I finished. 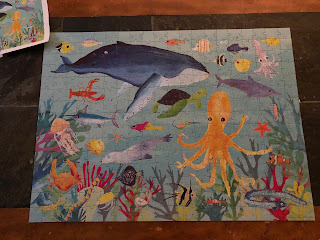 Then I dared any of them to touch it. 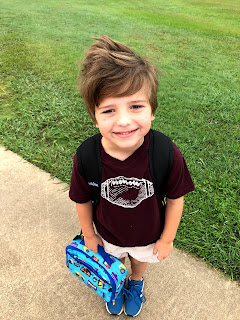 Friday he was supposed to wear purple.  This maroon shirt was the closest thing we had.  He also quit caring about his hair being combed.  He was in desperate need of a haircut. 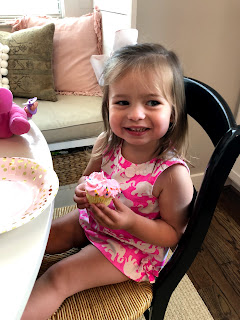 Last Friday, our sweet friend Callie had a tea party to celebrate her 2nd birthday.  AveryAnn was really shy around the other kids but she perked up when the cupcakes came out. 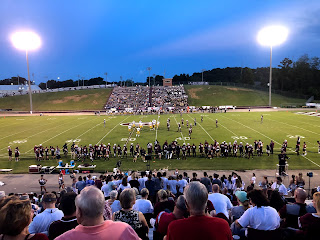 Friday night we went to Gardendale's home opener to watch Ava in the band! 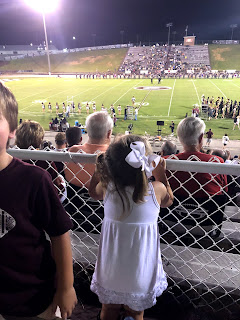 The kids had fun. 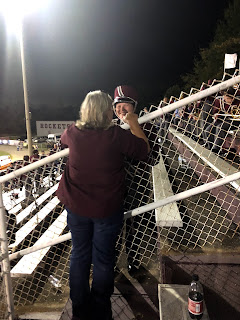 We watched the halftime performance and they did so good!  We're just so proud of Ava.  I love this picture of Ava and my mom.  It started to sprinkle and we tried to make it to the car before the bottom fell out.  We did not make it.  We were soaked to the bone.  We laughed when we finally got in the car. 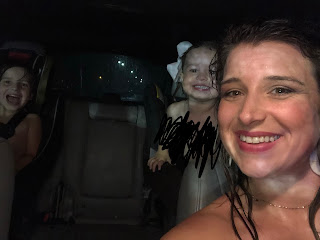 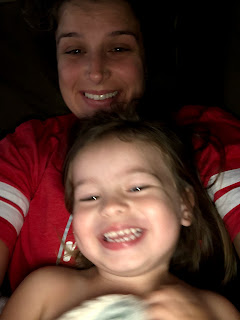 Saturday we kicked off college football and it was glorious!!!  We laid around the house watching all the games 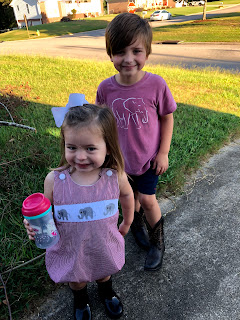 We put on our BAMA gear and headed over to Matt and Jennifer's to watch the Alabama game and celebrate Jennifer's 30th birthday.  We had a fun night and stayed up too late.  But both of our teams won so it was a good night. 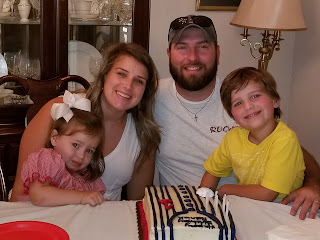 We celebrated Patrick's birthday with the Horton's on Sunday night.  It was a fun time! 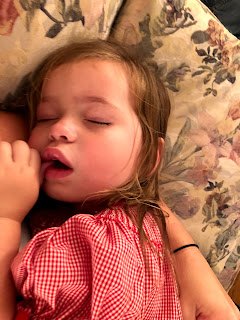 AveryAnn was pooped.  She'd stayed up way too late the night before and then refused to take a nap. 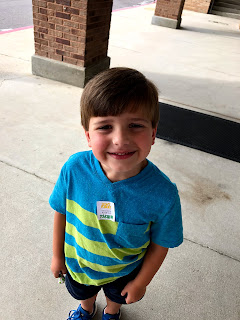 We headed back to school and work today.  We also found out that tomorrow is picture day at school so Barrett had to have a haircut this afternoon.  He looks so handsome!  We had our second practice for Fall ball tonight and Barrett did so good.  He got one of three ring pops the coach handed out for players that had a great practice!  He was so proud!